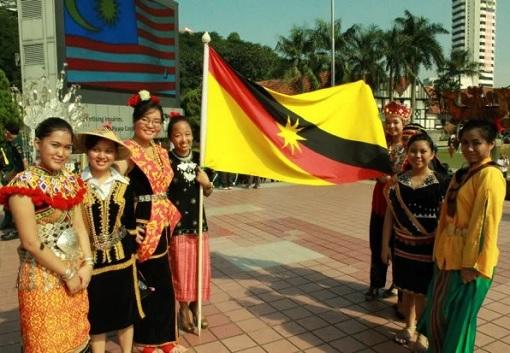 In case anyone had not heard, the collected members of the previous failed government have spent the night barking well into dawn and the next day “We Won!“. They are believers in self-fulfilling prophesies after all.

Under the leadership of the ‘loyal’ former deputy to the deposed Mahiaddin all the same querulous, defeated and rivalling factions have now apparently reunited and strengthened their following, it is explained, all parties having exacted the price they wanted.

Najib has been given time out of his klepto-trial today in order to negotiate the finishing touches to his particular deal with Sabri and Zahid before inking in his missive to the King – after all, as the judge must have understood, the matter couldn’t wait as signatures must be in by 4pm!

The shamelessness of such horse-trading appears not to have perturbed these characters the slightest bit. Like dogs in the street they do it leaving the population (and the global community) to observe with distaste.

Meanwhile, the other key component of the coalition of self-interest PAS, has issued its congratulations to the Taliban for bringing freedom to their people as they beat back with arms thousands attempting to flee to the airport.

Malaysia can look forward to its future led by the bungling non-entity from UMNO, whom analysts appear to be promoting as the ultimate tactician for having clung to the coat tails of a floundering, corrupted and failing regime in order to succeed his boss and then buy off his colleagues in even more extravagant terms than even Mahiaddin was willing to do.

To those who cry ‘I told you so’ comes the reply from others among a disgusted population that it is better to stick to one’s principles and that ‘sometimes it gets worse before it gets better’.

The worse will include jail passes offered to some of the world’s most embarrassing kleptocrats (who happen just to be the ones who got caught out of the present PN coalition – tip of an iceberg). They will also doubtless get to keep their stolen money.

It will also include more looting of the country’s desperate finances as ratings agencies again this week downgraded Malaysia’s borrowing prospects. Najib himself laid out the gloomy financial mess as he berated ‘failed’ PN over the past few days… but that was before he was offered his price it would appear.

The proposed government of Ismail Sabri will openly rely on the crucial support of documented mega-thieves, hairy and embarrassingly ignorant rural clerics of the most intolerant kind and some of the worst opportunists Malaysia has to offer. One thing everybody knows is that along with their corruption comes incompetence.

Two years of brutal double-standards and mismanagement of Covid has taught the country that this troupe of self-servers are not equipped to navigate the country in a pandemic.

To them vaccine procurement has represented above all fine way to make money, with the greatest hope for ordinary folk to receive products that can really work now being from the charitable donations of foreign nations. The efforts of some, to give Kairy Jamaluddin his due, have been swamped by the greed of others.

In another example, Malaysia has over the past months spent billions of scarce public money in this pandemic on a project advertised as the blueprint for cutting-edge digital progress, namely G5 technology. Dubious characters have been put in charge of the sort that are wanted in other countries for stealing large sums of money.

Today it has emerged that the real global digital players Google and Facebook have meanwhile by-passed Malaysia entirely in their mega-cable link up of the real players in Southeast Asia. Who can blame them? It would seem the 5MDB proponents of the G5 Malaysia Digital Blueprint simply missed that real opportunity for their country, given it didn’t involve billions passing through their hands.

What do the people of Malaysia think that Ismail Sabri’s re-constituted PN will do about consulting Parliament on these matters or about managing popular criticism and dissent over the hunger and neglect stalking the country who had voted all of them out at the last election?

Well, of course, we know since for the past two years Ismail Sabri and his colleagues have silenced Parliament, harassed and arrested critics and conducted their dubious affairs entirely behind closed doors under emergency procedures that have concealed cronyism from prying eyes.

So, the whole of Malaysia knows what to expect from PN 2.0.  Global ignominy, graft, mismanagement and oppression. Plus more squabbling and horse-trading as the thieves again fall out. The chance of a free and fair election any time soon will be a laughable hope. As the remaining resources collapse the Malaysian Tiger will die out, along with Malaysia’s hopes of becoming an Asian Tiger also.

However, as he touted all his figures it seems that this ultimate Malay bigot, Ismail Sabri, may have taken his East Malaysian ‘lesser allies’ a little too much for granted (no one has ever blamed him for being too clever). GPS may have provided vital numbers to the PN coalition, however they were always fickle friends to the Malay Supremacist coalition of racial bigots – after all, there are elections to consider very soon.

At this very moment Sarawakians are marvelling at how the likes of Ali Biju and Willie Mongan who won their seats through PKR are now wedded to a party led by Ismail Sabri whose sole political platform is the superiority of the Malay Muslim over the non-Malay Christian and other folk within the nation.

They are sticking to their opposition to Anwar because of his treachery against Baru Bian they claim in allowing Larry Sng to join the party. Oooops, Larry Sng is now united alongside them with PN also and Baru Bian has remained aloof. It’s what happens when you sell out.

However, mindful of voters, the dominant GPS are wary of been seen to back the arrogant Ismail Sabri with good reason. Sarawak has paid for the entire UMNO party (along with Sabah) for decades and the population know it. Now, the Dayak race and religion is being further disrespected by Ismail Sabri whose UMNO party has for years refused to negotiate for even a slither of the wealth of the state to be returned in the form of royalties.

So much for granted has PN taken its vital GPS support (which came only after the King nominated ‘Moo’) that the thick-brained Ismail Sabri forgot to include his Kuching friends in his bargaining tour of the past few days – Najib, Zahid, Johor…. maybe at last now he has jumped on a last minute plane over to Sarawak?

Because GPS, it has emerged, now indicate they will abstain from guaranteeing their vital support to Sabri’s claimed total of 115 MPs and await and will follow the decision of the Agong, just as they did before supporting PN in the first place.

And the Agong himself has the key authority now to appoint based not on the numbers claimed by Ismail Sabri, but on who he thinks would ultimately on appointment have the ability to command a strong Parliament and attract the support of the country.

The factors the palace will be considering, apart from Sabri’s horse-traded alleged signatures, will be the failed record of PN in this very department; the outcome of the last election which proved that the popular vote supported all the MPs presently NOT in PN as opposed to those in PN and also the future prosperity of the nation and its international standing which depends on good governance.

As a reported response to claims by PN 2.0 that it ‘has the numbers’ palace spokesmen have made these points clear. By stating the King will take the popular will into account and is determined that whoever is appointed must test their position immediately in Parliament, which Ismail Sabri’s PN consistently failed to do, the Palace has sent a warning shot across this UMNO hijacker’s bows.

As has GPS. It will probably get worse for Malaysia, but there is still time for the right decisions to be made and for the monarchy to prove it has a relevant role in putting the interests of all Malaysians first.