KOTA KINABALU: Two men have died while a third is undergoing treatment after they were electrocuted as they were repairing a faulty streetlamp in Papar, near here.

The deceased have been identified as Abdul Rauf Manda, 61, and Asnan Ab Wahid, 54, while the injured is Albrayan Binga, 27. 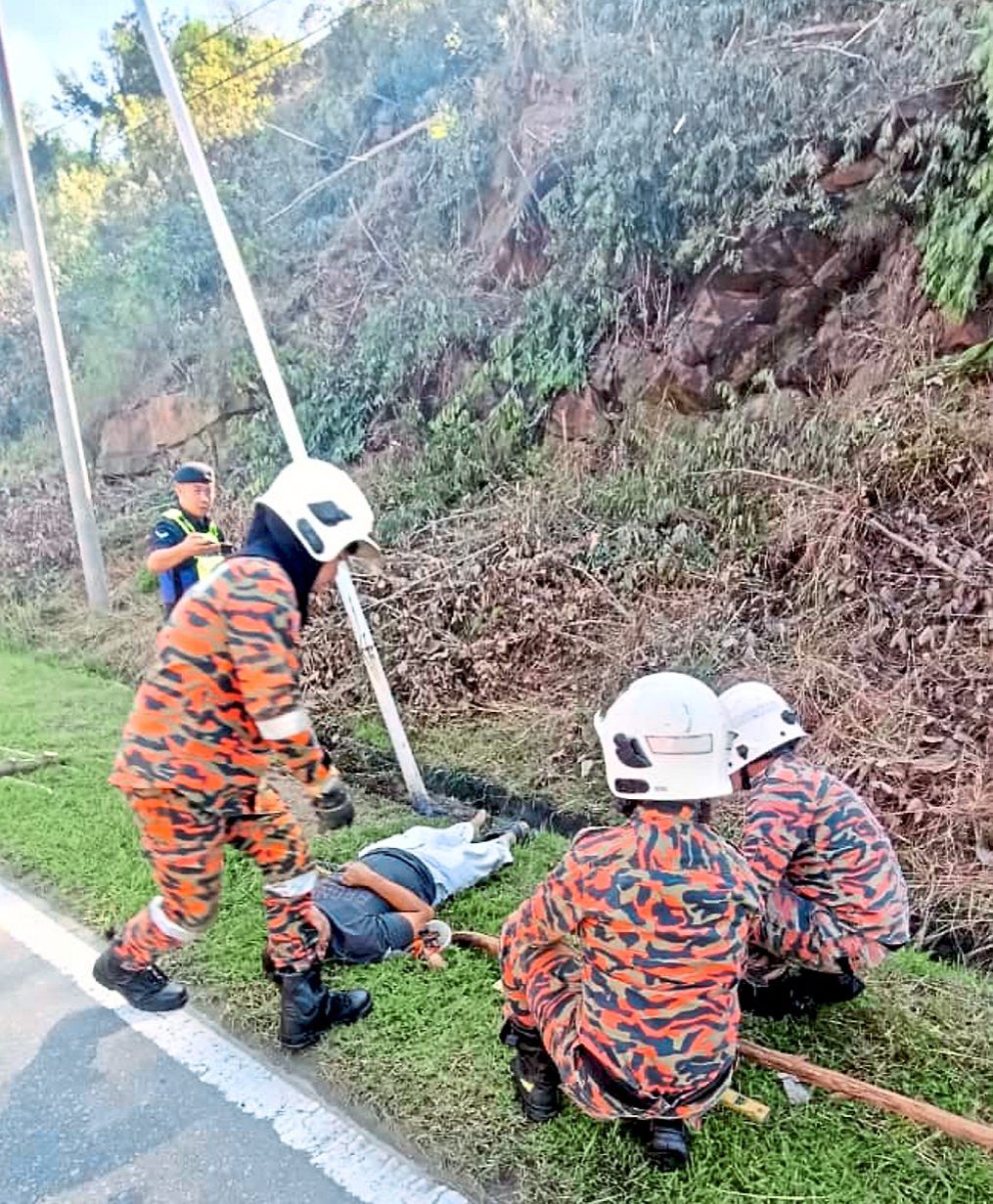 Hazardous task: Firemen and medical officials attending to the survivor in Papar.

“We received a call at around 8.25am and sent a team over,” he said in a statement.

He said Sabah Electricity Sdn Bhd (SESB) was also informed of the incident and the main power lines were switched off for responders to conduct their duties.

Misran said the two were pronounced dead by medical officials at the scene and were later taken to the hospital for a post-mortem.

“The survivor (Albrayan) was given preliminary aid before he was sent to the hospital for further treatment,” he added.

Operations at the accident site ended at around 9.50am when there were no more hazardous elements found, he said.

SESB recently issued statements reminding contractors, workers and the public to refrain from conducting any activities or their own repair works close to and on SESB utilities.

The company also reminded them to first inform it before conducting any work or activities at these areas to prevent any accidents such as electrocution or power disruptions.

Meanwhile, SESB has assured the public that the power supply for today’s polls in the state and Labuan will be stable and in good condition.

SESB senior general manager (asset management) Idris Mohd Noor said the company has made full preparations to ensure smooth operations with minimal or no power disruptions at all the polling stations.

“A total of 26 mobile generators will be provided to ensure continuous power supply on Saturday,” he said in a statement yesterday.

Idris also said 500 SESB employees will be on duty on rotation on polling day.

“These staff members will be stationed at all polling centres and operation rooms that have been activated by the SESB headquarters here,” he said.

Power outages and disruptions are not uncommon in Sabah, though the situation has improved much in recent years.