In a release on Saturday (April 30), SPF said the joint operation happened after two women, both 46, had lodged reports they were victims of Internet love scams.

The first woman had met a man through a dating application in March last year, and they started a relationship. He claimed to be a United States citizen working in Singapore as a petroleum engineer.

The man then claimed he needed money to pay for equipment and custom clearance fees, saying his bank account had been frozen.

The woman transferred $15,000 to a bank account he provided, but he kept asking for more money, and she then realised it was a scam.

The second woman also met a man through a dating application, in February this year. He claimed to be a geologist who was going to meet her in Singapore.

But this time she refused.

Both women filed police reports in March and April this year respectively.

They learnt the scammers were from two transnational syndicates based in Malaysia.

On April 22 and 23, a team of six officers from Singapore’s Anti-Scam Command and the CCID raided two apartments in Selangor and Kuala Lumpur. 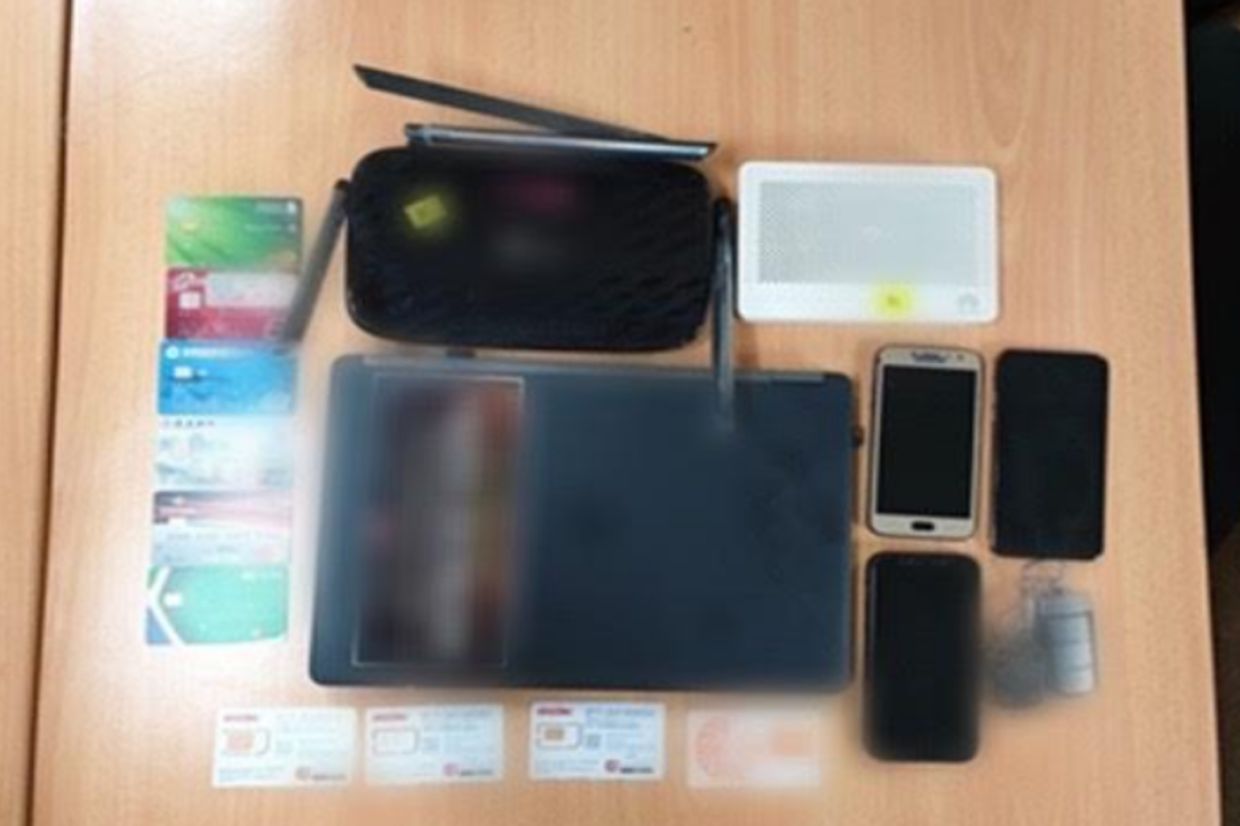 On April 22 and 23, a team of six officers from Singapore’s Anti-Scam Command and the CCID raided two apartments in Selangor and Kuala Lumpur. PHOTO: SINGAPORE POLICE FORCE via The Straits Times/ANN

SPF said the two forces have been sharing intelligence on Internet love scams since March.

During the raids, the Singapore team in Malaysia discovered several Singapore handphone numbers and bank accounts in the seized devices.

The two syndicates are believed to be responsible for at least 10 cases in Singapore involving more than $310,000.

There were 1,099 reported cases of Internet love scams last year.

Victims lost a total of $46.9 million last year in such scams, with $3 million lost in one such case.

CAD director David Chew thanked the director of the CCID, Datuk Mohd Kamarudin Md Din, and his officers for their strong support.

“We will deal hard blows to the syndicate by conducting prompt investigations to deprive them of their criminal proceeds.”

Members of the public are advised to be careful when befriending strangers online and be wary if asked to send money to bank accounts of people they do not know.

The police also warned it is a serious offence to knowingly hand a bank account over to others to commit crimes.

The public can visit scamalert.sg or call the Anti-Scam Hotline on 1800-722-6688 for more information on scams.

Anyone with information on such scams may call the police on 1800-255 0000 or submit the information online. – The Straits Times/ANN