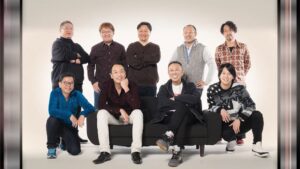 Back in August last year, we saw reports of Yakuza creator Toshihiro Nagoshi leaving Sega and possibly joining NetEase. It looks like those events have come to pass, as there is now a new studio simply called Nagoshi Studio.

As the company describes itself, Nagoshi Studio is a wholly owned subsidiary of NetEase. And it aims to develop “high-end titles for worldwide release, with a primary focus on the console software business”. So far, so very Ryu Ga Gotoku. In fact, as GamesRadar+ reports, seven of the eight prominent staff members previously worked on the Yakuza series of games.

So far, most of this points to the new studio making more games that will likely be reminiscent of the Yakuza series. But that isn’t exactly set in stone just yet. Though whatever the new formula may look like, it’s probably safe to say that the end result will be a pretty good game.

You can give the website of the new studio a read yourself by following the links below. The studio has also been kind enough to provide English translations to many of the native Japanese text. There’s also the message by the studio head that you may want to check out.