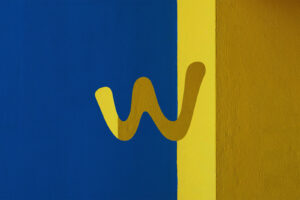 French mobile company Wiko is set to make a return to Malaysia very soon. The brand has actually made its debut in our market back in January 2016 but has not launched any new product since releasing the Power U20 and Power U10 in March last year.

Wiko Malaysia’s Facebook page then went quiet in late September before being sprung to life again last week. Wiko then proceed to officially confirm that it will be bringing two models from its T Series into Malaysia.

First up is the Wiko T50 which is equipped with a 6.6-inch Full HD LCD display, a side-mounted fingerprint scanner, and a 3.5mm audio jack. There is a triple-camera setup on the back made up of a 64MP main shooter, 8MP ultrawide, and a 2MP macro sensor while the front has a 16MP selfie camera.

Running on Android 11, the phone is powered by a MediaTek Helio G85 with 128GB of storage and between 4GB to 6GB of RAM with no microSD slot. It has a 4,000mAh battery with 40W fast charging, which the company claims can charge the phone from empty to 25% in just 10 minutes.

On the other hand, there is also the Wiko T10. Featuring a slightly smaller 6.5-inch 720p display, an audio jack, and no fingerprint sensor, it has a single 13MP rear-shooter, a 5MP front camera, and runs on Android 11 Go Edition.

Under the hood, there is a MediaTek Helio A22 with 2GB of RAM and 64GB of storage, as well as a microSD slot. Powering the T10 is a large 5,000mAh battery although the company did not disclose the phone’s charging speed.

Meanwhile, Wiko has not yet announced the launch date and Malaysian pricing for any of these devices. In case you need a reference point though, the T50 was launched in the Phillippines last month for PHP11,990 (~RM950) while the T10 is currently being sold there for PHP4,490 (~RM355).

The post Wiko Is Returning To Malaysia With Two Smartphones appeared first on Lowyat.NET.