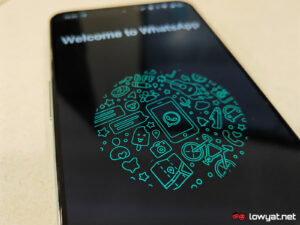 WhatsApp has announced on Twitter that it will do everything in its power to keep its private messaging service available in Iran in a statement of solidarity with the protests raging within the country. This comes after state authorities restricted the country’s access to Instagram and WhatsApp in an attempt to curb efforts of the movement.

The Meta subsidiary said it will “do anything it in its technical capacity” to ensure that Iranians have access to its platform and added that it will not be blocking Iranian phone numbers. However, Instagram which is also under Meta’s umbrella has not commented on the situation.

For those unfamiliar with the ongoing protests, it all started last week with the death of 22-year-old Kurdish woman Mahsa Amini, who was taken into custody by Tehran’s “morality police” and then spent three days in a coma before passing away. While the official cause of death is listed as a heart attack, activists have disputed this and claimed that Amini suffered a fatal blow to the head.

The incident sparked massive outrage both online and on the streets, with demonstrators burning their hijabs and cutting their hair in defiance of the country’s strict modesty laws, posting them under the hashtag #MahsaAmini. Since then, the movement has grown into full-blown anti-regime protests.

This wasn’t the first time that the regime has shut down the country’s internet access, as it made a similar move in November 2019 during another civil protest that sought to kick the government and Supreme Leader Ali Khamenei to the curb. Connectivity was gradually brought back after a week-long blackout.

The post WhatsApp Will Keep Its Service Available In Iran Amid Protests appeared first on Lowyat.NET.