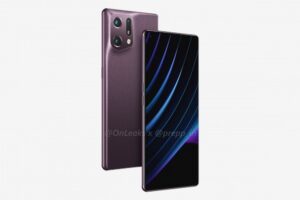 OPPO released its Fins X3 series of devices earlier this year. Naturally, the company would be gearing up to release its successors for 2022. New reports indicate a number of details regarding what to expect from next year’s flagship devices from the brand.

To start, XiaomiToday reports that the upcoming devices will be named the OPPO Find X5, skipping the number 4. No real surprise there, considering the common superstition behind the number. What’s more, the report also mentions three possible devices in the series. While the Find X3 series’ leaks also suggested that there would be three models, the OPPO ultimately only brought one to our shores.

Then there’s a render of the device, or at least one of them. This came courtesy of @OnLeaks and the unlikely partner, Prepp.in. The latter says that the render is made based on an early prototype’s schematics. Overall, the render of the alleged OPPO Find X5 is very reminiscent of the X3, especially with the near seamless camera bump gradient at the back.

In terms of specs, one of the OPPO Find X5 devices is rumoured to come with a MediaTek Dimensity 9000, while another will run a Qualcomm Snapdragon 8 Gen1. Screens are expected to be 6.78-inch AMOLED with 120Hz refresh rates, one in Full HD+ and another in QHD+. Both are also said to come with a 5000mAh battery and two 50MP rear cameras.