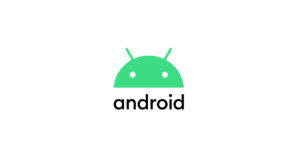 A set of vulnerabilities within ARM’s Mali mobile GPU drivers that have essentially gone unchecked and unfixed are now risking the details of potentially millions of Android devices to attacks. According to reports, there are at least five exploitable vulnerabilities that haven’t been addressed for months, after they were patched by the chipmaker.

These Mali GPU flaws were highlighted in a report by Google’s Project Zero team, who highlighted the gap, along with how fixing the issue would take months before the new security updates will make their way to affected devices. Devices affected by the vulnerabilities include those from brands such as Google, Samsung, Xiaomi, and Oppo.

Discovered in June of this year, the five Mali GPU vulnerabilities are tracked under the collective identifiers CVE-2022-33917 and CVE-2022-36449. The former allows non-privileged users to make improper GPU processing operations, in order to gain access to free memory sections.

The second Mali GPU identifier, CVE-2022-36449, basically allows non-privileged users to access freed memory, write outside of buffer bounds, and disclose details of memory mappings. On a related not, these issues seem to affect the kernel drivers of Midgard, Bifrost, and Valhall models.

The good news is that devices powered by Qualcomm’s Snapdragon chipset aren’t affected. At the time of writing, there still doesn’t appear to be a fix from ARM for the Mali GPU flaws. That being said, Google’s Android team should deliver a patch to its OEM partners, who are responsible for implementing said patch.