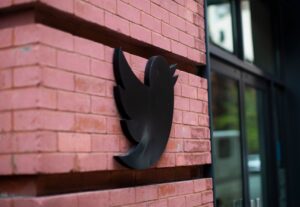 Twitter is introducing a crisis misinformation policy, in an effort to prevent the further spread of false information during times of crisis. The social media platform explains that once legitimate evidence that a tweet is misleading or contains information that is flat out false, the person who tweeted it will receive a warning notice.

The notice will also display a button where users can access information on the newly introduced policy. Additionally, once the tweet has been hidden, it will no longer be distributed across the platform. That said, users who stumble upon the post will not be able to retweet, like or share it as the mentioned tools will be turned off. The policy will prioritise the application of warning notices toward high-profile accounts, such as state-affiliated and official government accounts, as the company notes.

As conversations move rapidly in the midst of crises, the social network says that content from accounts with a major following is expected to gain attention and increase social activity. Therefore, it would make sense why such a policy is being introduced, given the nature of certain posts and accounts in the events of a crisis.

For harmful misleading claims that have been debunked by multiple authoritative sources, we’ll prioritize placing them behind a prominent warning message. pic.twitter.com/PGdeGbvN05

Twitter also says it will apply the system to posts that revolve around the ongoing Russian invasion of Ukraine, but it is also expected of the platform to apply the policy to all content regarding current and future crises.

Despite the application process of the policy, it might not be as effective as the company thinks. Considering the company’s deal with Elon Musk, CEO of both Tesla and SpaceX, and his principles and stance on the idea of net neutrality, this could change overnight once his US$44 billion (~RM193.3 billion) goes through.