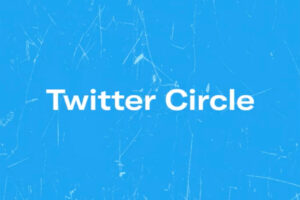 Earlier this year, it was found that Twitter is working on a feature called “Flock” that mimics Instagram’s “Close Friends” function which lets you control who gets to see your specific posts. The platform recently changed the feature’s moniker to “Circle” and has started rolling it out to some users.

A Twitter spokesperson has confirmed to The Verge that Circle is currently only available for certain users globally for testing but didn’t provide any specific scope. To see if you have it, open the tweet composer on Twitter mobile apps or desktop site and check if you have a dropdown menu next to your profile picture that is labelled as “Everyone”.

With the feature, you can choose whether to make it available to everyone or just your Circle every time you post something. Of course, tweets that are limited to your Circle can only be viewed and replied by users that you have whitelisted into your Circle list, which can go as high as 150 accounts.

You can add any account to your list, regardless of whether they follow you or not. The users also won’t be notified if you make any changes to the Circle, so they won’t know if you’ve removed or added them.

Additionally, they also can’t retweet your tweets and only people in your Circle can see the replies. It also seems that you can only have one Circle at a time but since the feature is still being tested, we can only hope that Twitter adds the ability to make multiple Circles once the feature is ready for all users.

When it was initially dubbed “Trusted Friends”, the feature also allowed you to prioritise your group’s tweets on your timeline, but that seems to have been scrapped in the current iteration. The platform also rolled out a feature called Communities last year which may seem similar but Twitter said that Circle allows you to specifically choose who can see your tweets as opposed to Community posts being public.