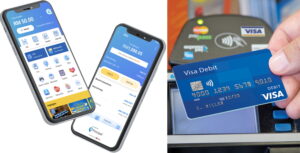 It has been more than a year since Touch ‘n Go revealed its plan to launch a Visa prepaid card. The new card was originally expected to be out within 2022 but with just one week left before we move on to 2023, it seemed that TNG might miss the timeline altogether.

Despite that, there appear to be signs that the card might be making its way to consumers very soon. First highlighted by Amanz, several questions that are related to the Touch n Go Visa card have appeared on the TNG eWallet Help Centre.

While the contents have since been removed but not before we managed to capture several screenshots of them at around 2:00 PM today:

Unfortunately, we were not able to see the complete answers to these questions as clicking on them would bring you directly to the site’s login page. That being said, we still get to see some snippets of them through the site’s search function:

While the answers might be incomplete, we already know from last year’s official announcement that the card is tied to the balance inside the TNG eWallet app. The company has also previously said users can withdraw funds from their TNG eWallet account at Visa-enabled ATMs in Malaysia and across the world although there is apparently a limit of five transactions per day according to the answer snippets.

From the snippets, we have also learned users will be provided with a virtual card which they can use immediately for online transactions while waiting for the physical card to be delivered to them. This particular feature is generally similar to what is currently being offered by companies such as BigPay, Wise, and Maybank’s MAE.

When it comes to products, TNG certainly had a colourful outing in 2022 through the release of NFC-enabled cards and Christmas charms. Not to forget, there was also the merchant-specific Soundbox as well as the official launch of TNG RFID Fuelling with Shell.

With that, can TNG squeeze in one final launch before the year ends? Well, let’s see how things go next week then.