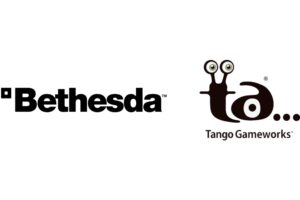 Following the release of Ghostwire: Tokyo, we haven’t heard much from Tango Gameworks, the Bethesda developer founded by Shinji Mikami. But it looks like we may hear more from the studio in the near future, as the studio may be waiting to announce a new game that it has been working on.

This bit of info comes from a reliable video games industry insider BullbilKun, via Twitter. If you need proof of this person’s credibility, this is the one that has been leaking the monthly free games for PS Plus subscribers, which is usually published by Dealabs. Their leaks have been perfectly accurate (as far as the international list is concerned) that we’ve stopped keeping track past the third time.

Will come in Standard and Deluxe Edition

But back to the new game by Tango Gameworks. @BillbilKun claims that the upcoming game will be called Hi-Fi RUSH, with a codename of Project Hibiki. In Europe, it will also reportedly come with a PEGI 12 rating, which probably means that it won’t be a survival horror title. For context, The Evil Within series had a PEGI 18 rating, while Ghostwire: Tokyo, which is more action-adventure with a supernatural tilt, was rated PEGI 12.

As for when the game will actually be announced, things are still a bit up in the air on that. On one hand, @BillbilKun claims that it will be announced soon, but on the other, this can be as early as the Xbox & Bethesda Developer Direct event, which is happening early tomorrow. @BillbilKun also says that it’s possible that the game may be released the moment it gets announced, but that seems a bit far-fetched. But when it does, the claim includes a deluxe edition as well.

At any rate, we’ll find out if this latest prediction by @BillbilKun is as accurate as their monthly PS Plus free game predictions. Either way, it will also be interesting to see what else Tango Gameworks cooks up for its fourth game.