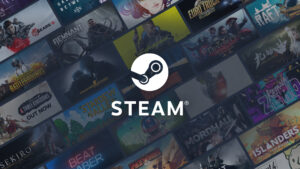 The Steam Lunar New Year sale is usually the surrogate for a spring time sale, so it’s a significant event for PC gamers, even for those who are not ethnic Chinese. But you’ve probably noticed that it’s pretty close to the Winter sale that came before it. To give its seasonal sales a more even spread between them, Valve is replacing the sale with a more generic Spring Sale.

In a community post, the company says this was a popular request from developers and publishers alike. Having more space between sales apparently gives “more opportunities throughout the year for developers to expand and execute their discounting calendar”.

Valve also explains that the Steam Lunar New Year sale started in 2016, as the platform began getting an influx of both gamers and game devs from  the far east. Hong Kong, Taiwan, China and South Korea were named specifically, with that last one being an odd inclusion in the list.

With all that being said, Vale also listed the dates of its three upcoming sales, which are the Autumn, Winter and Spring sales. Their dates being from 22 to 29 November, 22 December to 5 January, and from 16 to 23 March, respectively. You’ll notice that the gap between the first two is still pretty small – the smallest one even before replacing the Lunar New Year sale with the generic Spring Sale – but the company has yet to address that.

On a related note, the largest gap between sales used to be the two gaps between the Steam Summer Sale. With the Spring Sale pushing the first sale of the year forward by a about a month or so, the gap between the Summer and Autumn sales is now the biggest one. All this is not counting the Halloween Sale, which can last anywhere between five and eight days.