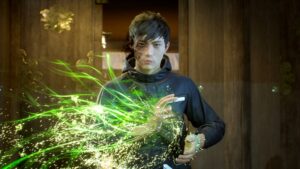 Shinji Mikami went from directing Capcom’s Resident Evil series to starting Tango Gameworks and creating The Evil Within. Unsurprisingly, the studio has been associated with the horror genre. But it looks like Mikami wants the studio to not be associated with just one genre.

In an interview with Famitsu, Mikami says that while it’s nice that the studio has a reputation for making survival horror games, he wants the studio to be seen as one that can make a larger variety of games. He also says that he wants Tango Gameworks to make smaller games too, instead of just ones in the AAA scale.

Ghostwire: Tokyo, in a sense, is one step into that direction. While it has supernatural elements, it’s definitely not a survival horror title. Instead, it’s an action-adventure game, and it looks like we can expect more games of this genre from Tango Gameworks in the future.

Also in the interview, Shinji Mikami says that John Johanas, the director for the DLC for The Evil Within and its sequel, is working on a new game that is  “the complete opposite of horror”. No details has been shared about what that game is, but at least we know that the studio is already working on something else after the release of Ghostwire: Tokyo.