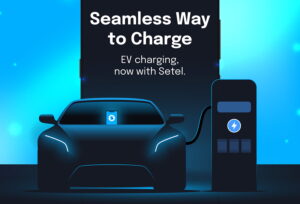 Setel has recently announced the addition of the EV Charging feature into its app that allows electric vehicle owners to make payments when they use commercial EV chargers to juice up their vehicles. At the moment, the feature can be used for five JomCharge chargers in Klang Valley, Penang, and Johor Bharu.

This does not come as a surprise though, as Petronas has an existing partnership with JomCharge which is the brand name for the EV charger network operated by EV Connection Sdn Bhd. In fact, they have actually shown off an Energise By Petronas charger during the launch of Mercedes EQA back in March.

That being said, the Energise chargers are not yet being supported by Setel at the moment although the fintech outfit said that it is already working on making that happen very soon. In addition to that, Setel is also getting more EV charger providers to come on board its platform.

For now, here are the locations of the EV chargers that are currently supported by Setel:

Additional details regarding these EV chargers are based on information stated inside JomCharge and PlugShare apps. Our research showed that Rasa Sayang’s JomCharge charger has not yet been listed in the PlugShare app although the location already has an existing Tesla-branded Type 2 22kW charger.

As for fees, it depends on the respective locations. The charges at EV Connection and ACO HQ can be utilised for free while the Carsome and Rasa Sayang’s chargers cost RM 1.20 per minute.

On the other hand, the charger fee at Lotus’s Tesco Kepong is RM0.50 for every 15 minutes. The basic concept of Setel’s new feature for EVs mirrors the app’s fuel payment although with some modifications to the user interface in order to suit the nature of EV charging.

Naturally, you still have to drive your EV to the location of the chargers before you can activate the EV Charging feature. Once there, you can then proceed to select the connector type as opposed to the usual pump number when you used Setel for fuel payment.

After that, tap the Activate Charger button and plug in the connector once prompted by the app. You can monitor the elapsed charging time through Setel but based on our previous experience testing out the app’s ticketless parking payments which use the same UI, we don’t think the app can show the charging fee in real-time though.

So, it is likely that you will only know the actual charging fee when it has been deducted from your Setel wallet after you plugged out the charger. Meanwhile, Setel has also implemented a dedicated map for EV chargers inside the app which users can access via its search function.

The addition of the EV Charging feature inside Setel marked yet another interesting point in its journey. Just a few weeks ago, it has rolled out the Setel companion app for Apple Watch users in addition to rolling out the Automated Parking Payment feature and Setel Express earlier this year.

We reckoned that  Setel is not going to stop anytime soon, so we are quite curious to see what else the Petronas fintech subsidiary has in store for its customers throughout this year.