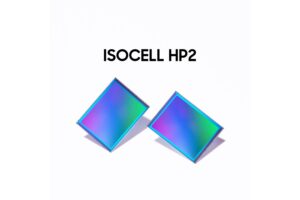 Samsung Electronics (Samsung) officially pulled back the curtain on the ISOCELL HP2, its new high-resolution camera sensor. The imaging sensor has a size of 200MP and serves as the successor to the HP1 but is also a filler between that and the HP3.

Getting into the technical details of it, the ISOCELL HP2 packs 200-million 0.6-micrometer (μm) pixels in a 1/1.3” optical format, a sensor size that is widely used in 108MP main smartphone cameras. This enables consumers to enjoy even higher resolutions in the latest high-end smartphones without larger camera bumps in their devices. In other words, Samsung has effectively doubled the number of pixels it can put within the same area.

This is done via the use of Tetra2pixel, which is also Samsung’s latest and most advanced pixel-binning technology. Through it, the ISOCELL HP2 provides more versatility to the camera, simulating different pixel sizes in order to accommodate varying lighting levels. In low-light scenarios, the sensor can transform either into a .2μm 50MP or 2.4μm 12.5MP image sensor by binding four to 16 neighboring pixels.

Much like the HP3, the ISOCELL HP2 is designed to make full use of Samsung’s Super QPD technology, allowing the imaging sensor to use all 200 million pixels in it as focusing agents. Further, the new sensor is able to significantly reduce the washed out effects on pictures, in no small part due to the Korean brand’s Dual Vertical Transfer Gate (D-VTG) technology. How D-VTG works is to add a second transfer gate in each pixel, effectively boosting the pixel’s full-well capacity by approximately 33%.

Last but not least, the ISOCELL HP2 is also the first imaging sensor to use Samsung’s DSG feature in 50MP mode, allowing the application of two separate conversion values, to the analogue signal received at the pixel level, therefore producing a much improved HDR performance. This translates to allowing the sensor to capture 12.5MP images and 4K60fps videos in HDR.