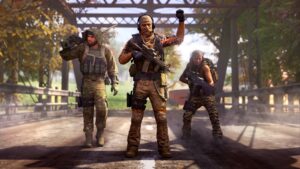 Last week, we saw reports of Ubisoft cancelling up to three unannounced games, alongside the delay of Skull & Bones. At the time, it was unclear why beyond the publisher attributing them to shifts in the industry. But now, according to a new report, the cancellations may be for a good reason after all.

According to Insider Gaming, a number of Ubisoft employees the outlet spoke to attributed the cancellations to the games themselves being “not what gamers wanted”. This was apparently reflected in feedback during QA and playtests. The report also notes that the publisher had at least a dozen battle royale games in various stages of development at a time. One can only assume that these were among the games that were cancelled, considering the company’s tendency for trend-chasing. Though it’s also a little tragic that the publisher failed to read the room when it first cancelled Ghost Recon Frontline.

As for the game delays, the Ubisoft employees that spoke to Insider Gaming attributed them to needing more polish. This probably also applies to the oft-delayed Skull & Bones, which looks to need more than just polish, especially where gameplay is concerned. In general though, the report quotes its sources as saying that games are just taking longer to make. One example describes an employee working on an unannounced game since 2019, but the game is not expected to be released until at least 2025.

Outside of the games themselves, one Ubisoft employee claims that the company is blaming much of the delays to hybrid and full remote working model. While these were inevitable due to the COVID-19 pandemic, the publisher is reportedly in its early days to going back to full in-office work. This is expected to happen next year, with changes are currently being discussed.

The post Report: Ubisoft Cancelled Games That Were “Not What Gamers Wanted” appeared first on Lowyat.NET.