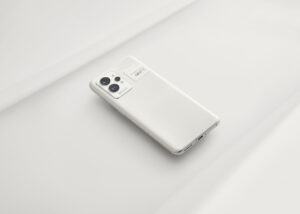 realme kind of made a buzz last week by making a bold claim that its GT 2 Pro flagship will be the most affordable Qualcomm Snapdragon 8 Gen 1-equipped smartphone in Malaysia. Now that the phone has finally arrived and is slated to first go on sale tomorrow, did the company really keep its promise?

Well, yes and no.

As pointed out in our article from last week, the current Snapdragon 8 Gen 1 phone to beat in terms of pricing is the new Motorola Edge 30 Pro, which is going for RM 2,699. The realme GT 2 Pro, on the other hand, makes its local debut with a price tag of RM 2,599. Which is obviously RM100 less than the competition, therefore actually making it the most affordable of its class in Malaysia… but for a limited time.

You see, realme will only offer its new flagship at the aforementioned price only during two separate promotional periods via its official store on Shopee: the first on 25 to 26 March, and the second on 30 to 31 March. Outside of the flash sales promotion, the GT 2 Pro smartphone will revert back to its official recommended retail price of RM2,999, which is ironically higher than the Motorola flagship and the recently launched Xiaomi 12.

As for specs, here’s a quick recap for those who missed it. Display-wise, the realme GT 2 Pro features a 6.7-inch 120Hz LTPO2 AMOLED display with 3216 x 1440 pixel resolution and Corning Gorilla Glass Victus. Equipped together with the aforementioned Snapdragon processor is 12GB of LPDDR5 RAM and 256GB of UFS3.1 internal storage. Meanwhile, powering the phone is a 5,000mAh battery with 65W SuperDart fast charging capability.

On the back of the phone is a triple shooter setup which consists of a 50MP Sony IMX766 primary camera, a 50MP ultra-wide, and a 3MP microscope camera with 40x magnification. Housed within the display’s punch-hole cutout is a 32MP front-facing camera.

According to realme Malaysia, the GT 2 Pro will be offered in two design options. The first being the Paper White version which features a paper-like back cover designed by Japanese designer Naoto Fukasawa, while the second is the Steel Back edition which carries an anti-glare glass back.

In the end, realme’s claim ended up being a limited time promotional pull. But hey, if you intend to pick up a Snapdragon 8 Gen 1-equipped flagship phone below market price, the brand’s flash sale promotions that we mentioned earlier is the way to go. For realme’s sake, we hope Lenovo won’t catch wind of this and decides to put the Motorola Edge 30 Pro up for sale around the same time.

The post realme GT2 Pro Coming To Malaysia For As Low As RM2,599 appeared first on Lowyat.NET.