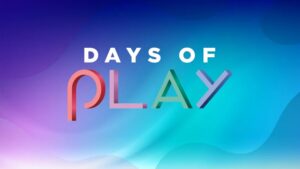 It’s that time of the year again for PlayStation. Sony Interactive Entertainment has announced the start of its Days of Play sale, which will be running until 8 June 2022. As before, this is usually a good time to get discounted prices for software and hardware.

While it’s not a massive discount, this is probably a good time to pick up a DualSense controller for yourself. These are normally priced at RM349, but during the sale you can pick one up for RM309 instead. Surprisingly, this isn’t limited to the default white or the Midnight Black version. Which means that the fancier colours – Cosmic Red, Starlight Blue, Nova Pink and Galactic Purple – that normally command a RM20 premium can be obtained at the same discounted price.

You don’t even need a PS5 to be able to make use of the controller. A couple of games on PC already make use of features like adaptive triggers. You can even update its firmware via PC now.

For those who want to give the PS VR a try but always thought that the price was on the prohibitive side of things, these are getting a temporary price cut too. Normally listed at RM1379, the PlayStation Days of Play sale brings this down to RM959.

Moving on to physical games, here’s a list of what’s getting discounted, and what their prices are during the Days of Play sale period:

Beyond physical games, the Days of Play sale will also see some games getting discounts on the online PlayStation Store. As usual, some games are getting up to 80% price cuts, but expect these to be few and far in between.

The post PlayStation Announces Its Days Of Play Sale; Lasts Until 8 June appeared first on Lowyat.NET.