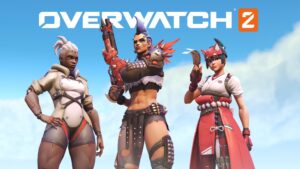 The free-to-play sequel to Blizzard’s hero shooter, Overwatch 2 has launched today, on most major platforms. This means on PC via Battle.net, PS4, PS5, and the Nintendo Switch. The good news here is that the game supports not only crossplay, but also cross progression. This is nice especially since the Switch is involved, allowing you to play on-the-go as well as when you’re at home with access to your PC or console.

The launch also comes with three new heroes and six new maps, a new game mode, and an overall redesigned competitive mode. Which all sounds pretty good, except chances are you’ll be having a hard time trying to access any of the content.

Unfortunately we are experiencing a mass DDoS attack on our servers. Teams are working hard to mitigate/manage. This is causing a lot of drop/connection issues. https://t.co/4GwrfHEiBE

Mike Ybarra, the current head of Blizzard, has shared on Twitter that Overwatch 2 servers are facing a DDoS attack. If you have been trying to get a game or two in but are either stuck in a queue or got booted while in-game, this is likely the cause.

We mentioned three new heroes being available on Overwatch 2. That being said, they will not be immediately available to all players. For example, one of the high profile new characters is Kiriko, a lady ninja character. Blizzard has announced that this will be free to those who bought the original game, meaning that newer players will have to unlock her via the battle pass. And this will be the system that players have to go through to unlock other heroes introduced in the future.

Speaking of which, since Overwatch 2 is a free-to-play title, the battle pass mentioned will have either a time or monetary cost tied to it. You can buy it for 1000 Overwatch Coins which, as Blizzard says, is equivalent to US$10 (~RM46). You can either pay said amount to get the needed coins, or you can complete challenges to earn them in-game. Beyond the battle pass, these coins can also be used to buy other stuff like character cosmetics.