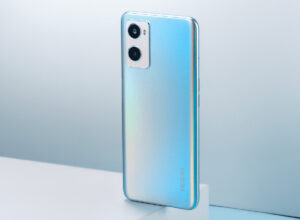 OPPO Malaysia has announced that its latest mid-range smartphone, the OPPO A96, will launch locally next week on 18 April 2022. The phone’s upcoming arrival comes about a month after the Malaysian release of its fellow A series model, the A76.

Like the aforementioned model, the new OPPO A96 sports an almost similar design, featuring an all-screen display with a tiny punch-hole cutout, side-mounted fingerprint scanner, and a dual camera array on its back. Similarly, it is also equipped with a Snapdragon 680 chipset, and a 5,000 mAh battery with 33W fast charging capability via USB-C.

Of course, the phone does come with various specifications that sets it apart from the A76. For starters, its display is a slightly larger 6.59-inch IPS LCD display with 1080 x 2412 pixel resolution, 20:9 aspect ratio, and 90Hz refresh rate. Accompanying its onboard SoC is 8GB of RAM, and up to 256GB of UFS 2.2 internal storage.

As for imaging, the OPPO A96’s dual rear cameras consist of a 50MP f/1.8 primary shooter and a 2MP f/2.4 depth sensor, while housed within the cutout on its display is a 16MP selfie camera. Besides that, the phone also comes with Android 11 via the latest ColorOS platform, Bluetooth 5.0 connectivity, and features dust and water protection ratings of IP5X and IPX4 respectively.

OPPO Malaysia will launch the new A96 via a livestream hosted on its official Facebook and YouTube pages next week on Monday at 12:30pm. Naturally, the phone’s expected pricing and availability will only be made known by then. For your reference, the launch price for the OPPO A96 in India is INR 19,999, which equates roughly around RM 1,112.

The post OPPO A96 To Launch In Malaysia Next Week appeared first on Lowyat.NET.