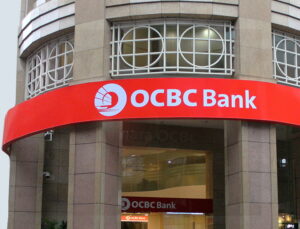 OCBC Bank has recently introduced a new security measure called the OCBC Kill Switch for its customers in Malaysia. The same feature has previously been rolled out in its home country of Singapore back in February.

As you may expect from its name, the OCBC Kill Switch would immediately stop any outgoing transaction from being performed once activated. Among such transactions includes cash withdrawals, recurring charges & standing instructions, fund transfers, and bill & loan payments.

The feature would also block any transactions being performed through the bank’s Mastercard credit and debit card. This is regardless of whether these transactions are taking place online, in physical stores, or even at OCBC Bank’s own ATMs and branches.

In general, the Kill Switch can only be deactivated by the OCBC Bank’s branch staff or Customer Service Executive. Naturally, the deactivation will only take place after the bank received verified instructions from you.

The bank noted that the Kill Switch can be activated without human intervention by calling OCBC Malaysia Contact Centre at 03-8317 5000. After you choose your preferred language, press 8 to begin the process which involved inputting your MyKad number and credit/debit card number.

While the Kill Switch activation process may be done directly by machine, you may want to stay on the line to file a report with the bank’s Customer Service Executive. All in all, the process is quite simple and straight forward although the version in Singapore can also be activated via ATMs and we believe the bank should consider implementing the Kill Switch into its mobile app.

Aside from the Kill Switch, another digital security measure that OCBC Bank has enabled for its customers in Malaysia is the OCBC OneToken. Available since 2019, the feature is essentially an implementation of two-factor authentication although it can be activated only on a single mobile phone.

OCBC Malaysia’s CEO, Ong Eng Bin said that majority of its customers have already migrated to OCBC OneToken although the bank has continued to call upon other customers that have yet to leave the OTP SMS behind to make the switch as soon as possible. This is generally in line with Bank Negara Malaysia’s directive to banks to strengthen their security measures, given the recent increase in financial-related scams and frauds, especially through SMS and malware.