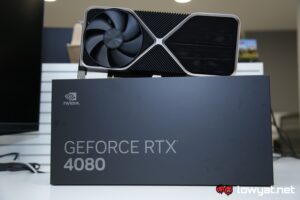 NVIDIA’s GeForce RTX 4090 graphics card is currently the GPU brand’s best-selling graphics card, so much so that it is actually outselling the more recently announced RTX 4080. As to what that ratio is, eBay US puts it at a factor of 3.4 to 1.

That’s an average of one RTX 4080 being sold for every three and a half RTX 4090 GPUs sold in the US. To put that in another perspective, that’s around eight RTX 4080 graphics cards being sold per day, while around 65 RTX 4090s are sold within the same time frame.

It is an interesting fact to take in, especially since the RTX 4090 is obviously the more expensive graphics card. Just take a look at the points Tom’s Hardware listed out:

Another obvious reason why the RTX 4090 has been outperforming the RTX 4080 in sales is also performance: it is beyond a shadow of a doubt that the AD102-powered card is infinitely more powerful than its lower-tier AD103 counterpart, and not even by a small margin.

Perhaps another reason why the RTX 4080 isn’t selling as well as NVIDIA intended may actually be due to the external factor that is its rival, AMD, and its upcoming RDNA3-powered Radeon RX 7900 XTX and XT. The two cards are allegedly on par with Team Green’s 2nd most powerful card and will retail at a significantly cheaper starting price of US$899 (~RM4112).

And it’s not as if either the RTX 4090 or RTX 4080 are in short supply in the either. Unlike the previous two years and with the RTX 30 Series, NVIDIA has gone to great lengths to ensure a steady supply of cards, so that gamers should and will be able to get a graphics card of their choice.

The biggest losers here, however, would most likely be the scalpers that were holding out hope of a scarcity of RTX 4080 cards; with a glut of said GPUs essentially in place, many of these unscrupulous characters may now be forced to sell their ill-gotten gains at prices that are much, much lower than even the SRP, to the point that they will have to sell them at a loss.