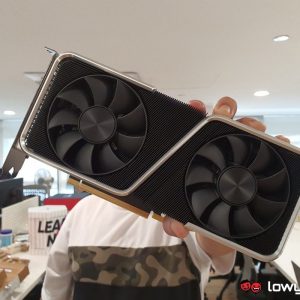 It appears that NVIDIA’s plans on launching a GeForce GTX 1630 are still on the table. To that end, recent reports are now suggesting that the graphics card could be arriving as early as the middle of June.

According to Videocardz, the desktop embargo that the leakster site managed to obtain says that the GTX 1630 could hit the shelves of PC stores on 15 June, which is also when any and all marketing activity for the card will also be allowed. This also means that NVIDIA has no plans on seeding out review samples, which is understandable, given that it is a bottom-of-the-barrel kind of card, technically speaking.

While NVIDIA has yet to confirm any details, the specifications of the GTX 1630 is said to be based on its older Turing Architecture, more specifically a TU117-150 GPU. The card should have 4GB GDDR6 and around 512 CUDA cores, which is less than the GTX 1650. Further, it is expected to have 96-bit memory bus, while its graphics memory should run at a frequency of just 12 Gbps. Translated into performance metrics, and we’re technically looking at a graphics card that is effectively slower than a GTX 1050 Ti. Presumably, the card will also be able to run with power directly drawn from the PCIe card slot and without the need for extra power from a PCIe power port.

The only detail missing from the list now is the price of the card. Hopefully, it won’t cost more than RM1000.