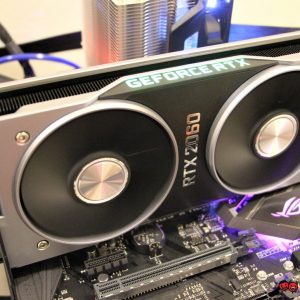 NVIDIA is expected to release the 12GB variant of its Turing-based GeForce RTX 2060 this week, and some have been wondering if the GPU maker will be releasing a Founders Edition of the card, as it did with the original RTX 2060 series. Apparently, the computer says no.

NVIDIA’s decision to forego an FE edition of the RTX 2060 12GB was reportedly confirmed by TPU. According to the tech site, the GPU brand is simply planning on doing a silent release of the card and simply providing a short statement for the press.

To that end, NVIDIA has already updated the specs sheet for the RTX 2060 on the GPU’s official landing page; by comparison, the RTX 2060 12GB ships out with 2176 CUDA cores, has a slightly lower boost clock than the original RTX 2060 at 1650MHz, but a faster base clock at 1470MHz. Beyond the bump up the graphics memory, the status quo of the card seems to apply, and that means the same 14Gbps memory speed, the same 192-bit memory bus, even the same 336GB/s bandwidth.

As for pricing, there’s still no word from either NVIDIA or its AiB partners on the matter. Having said that, it’s looking more likely that the pricing could end up being slightly cheaper, if not on par, with the brand’s current Ampere-based, mid-ranged RTX 3060.

The post No, NVIDIA Won’t Be Releasing A Founders Edition Of The GeForce RTX 2060 12GB appeared first on Lowyat.NET.