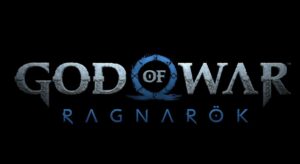 Earlier yesterday, Sony PlayStation State of Play broadcast went live and one trailer that was showcased in the 22-minute video was for God of War: Ragnarok, the long-awaited sequel to the critically acclaimed 2017 reboot from Santa Monica Studio. And based on what was shown, there is actually a fair bit of new information and detail that we can expect from the game.

As a quick primer, Ragnarok picks up approximately three years after the events of God of War. Shortly after honouring the wishes of Laufey, Kratos’ wife and Atreus’ mother, and scattering her ashes from the highest point of all the nine realms of Midgard, Jotunheim. Upon returning, Fimbulwinter, a harsh winter that is said to precede the coming of the end of the world in Norse mythology, has set in. The problem is, and as reanimated head of know-it-all Mimir points out, this pre-apocalyptic wasn’t to be expected for another 100 years. For those of you who played the game, you’d also remember that little nugget at the end of the game when the Norse God of Thunder, Thor and his hammer Mjolnir makes a brief appearance.

So then, what’s new in the latest Ragnarok trailer? For starters, Tyr, we finally get to hear the voice of Tyr, the Norse God of War, and still with both arms present. What follows is a short monologue by the God, accompanied by Kratos freeing the being by cutting the bindings that were quite obviously put in place by the king of Norse Gods, Odin.

And speaking of Odin, the All-Father of this Ragnarok universe finally gets some screen time, albeit briefly and with his visage still mainly shrouded in darkness. But there’s no mistaking that that is the crazed leader of the frenzied and possessed, showing up at the doorstep and being greeted by Atreus. Like Tyr, you can also hear him monologuing, lamenting about the cost of war to Kratos.

On a somewhat related note, Thor also gets another major appearance and this time, you can see him really duking it out with Kratos at the end of the trailer. For that matter, it is also the first time that we can see the two Gods clashing and going at it, and honestly, it looks like it will be as epic as Kratos’ fight with Baldur, if not greater.

Freya is also briefly shown in the Ragnarok trailer, still bitter and grieving over the loss of her son and looking worse for the wear. In the trailer, she’s shown taking the mistletoe arrowhead from Atreus’ neck, for reasons that are still yet unknown. Angrboda is also seen in the trailer, but she’s thrown over Kratos’ shoulder, who is also trying to escape with her from somewhere. Finally, we see Fenrir and what we assume is Skoll and Hati; the two wolfs that are said to chase the sun and moon during the time of Ragnarok.

God of War: Ragnarok is slated for release on 9 November. Unlike the last God of War, the game’s creator says that in this game, players will be able to traverse across all of the nine realms of Midgard.