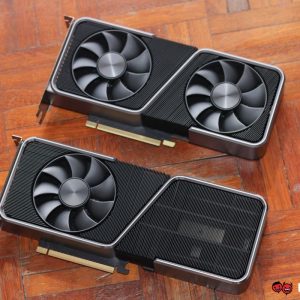 NVIDIA’s rumour mill has been churning continuously for the last few month, the most recent gossip point being that the mid-range GPU of its upcoming Ada Lovelace architecture would have a higher TDP than the RTX 3070. Now, the most recent rumours seem to contain more specifications about a few of the cards.

The rumour was first posted online by prominent leakster, kopite7kimi (@kopite7kimi), and contains details allegedly belonging to the RTX 4090, 4080, and 4070. While we more or less know what to expect from the RTX 4090 in terms of specification, it’s the details about the latter two GPUs that we’re interested about.

Beginning with the 4080, kopite is suggesting that the Lovelace-powered card could sip out with 16GB of graphics memory, although his tweets suggest that it remains undetermined if the graphics memory will be GDDR6 or GDDR6X. Additionally, they say that the card could have as many as 10240 CUDA cores: the same number of cores as the GeForce RTX 3080 Ti. Further, Kopite says that the card will be running on 18Gbps memory, meaning that the AD103-200 could have a larger L2 Cache or that this rumour is unsubstantiated.

Moving on, kopite also hints at the possibility of the 4070 shipping out with 10GB GDDR6 graphics memory running at 18Gbps, around 7168 CUDA cores,  and a weird 160-bit memory bus. They also add in a little bit at the end of the specs sheet, saying that consumers should not expect the card to retail for less than the RTX 3070’s MSRP. Lastly, the leakster also followed up the original tweet with second message, suggesting that the TDP for both the RTX 4080 and RTX 4070 could be set at 420W and 300W. Again, these are way higher than their respective and corresponding predecessors.

As with all rumours, these latest morsels have yet to be confirmed on an official level. Therefore, take this with a large grain of salt.