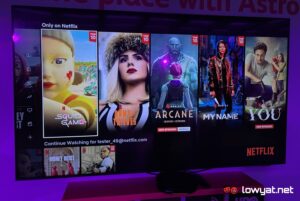 Netflix co-CEO Ted Sarandos confirmed during the Cannes Lions advertising festival yesterday that a new ad-supported tier will be added to the streaming service’s subscription in the near future. As you may recall, the company had previously mulled on the idea of introducing a more affordable plan back in April, intended for those who don’t mind ads while enjoying Netflix’s content library.

“We’ve left a big customer segment off the table, which is people who say: ‘Hey, Netflix is too expensive for me and I don’t mind advertising,’” Sarandos told The Hollywood Reporter. “We’re adding an ad tier for folks who say, ‘Hey, I want a lower price and I’ll watch ads.’”

The co-CEO adds that Netflix is already in talks with potential advertising partners, but did not mention when the new tier will launch. However, according to an internal letter addressed to the service’s employees seen by The New York Times, the ad-supported option is expected to debut within the last three months of 2022.

The company has yet to disclose the upcoming tier’s pricing or how it will be integrated into its service. If it’s anything like HBO Max’s ad-supported plan, Netflix users may experience ad breaks in the beginning and end of an episode or film, along with several breaks in between – something that a lot of people have gotten accustomed to, thanks to television. In terms of quality, it is presumed that the new ad-supported tier may be similar to its Mobile/Basic plan which offers 480p streaming.

It comes as no surprise that Netflix has decided to introduce an ad-supported plan. As reported prior to this, the company’s revenue growth has been slowing down following the global recovery from the COVID-19 pandemic. It attributed the losses to the increasing number of competition and account-sharing within households. Also not forgetting the geo-political events in Russia, where it was reported to have lost around 700,000 subscribers after suspending its services in the country.