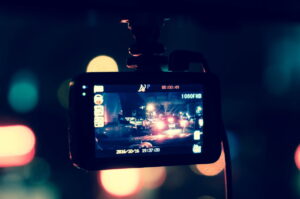 The Malaysian Institute of Road Safety Research (MIROS) and CyberSecurity Malaysia (CSM) have joined forces to establish the new CamScore program. Also known as the Dashcam Safety Score Card program, the new initiative is meant to help users make more informed decisions when considering a dashcam for their vehicles.

While the program’s exact methodology was not detailed in today’s joint announcement, MIROS and CSM said that a dashcam that goes through CamScore would be assessed according to several different factors including their basic and advanced features. If available, their Advanced Driving Assistance System (ADAS) features would also play a role in determining their final CamScore ratings which has a maximum score of 5.00.

At the moment, the program has gone through 40 dashcams from various brands in the market including 70mai, Thinkware, DDPAI, IROAD, AZDOME, and many more. Five of them which are being led by the 70mai A800S have been awarded a five-star rating although none of them managed to achieve the full score.

In addition to that, 15 models have also received a four-star rating and 19 others were rated as three-star dashcams. Out of the 40 dashcams, only one product received a two-star rating although its score was just 0.04 points away from becoming a three-star model.

Aside from what we have mentioned above, details regarding CamScore are rather scarce for the time being. For example, the joint announcement from MIROS and CSM did not say whether they have a set update schedule for the CamScore list.

It is also not clear whether CamScore will be made mandatory for dashcam manufacturers but since it is being referred to as a consumerism program, we doubt that though. Nevertheless, we reckoned that CamScore came at the right time as dashcam has started to become an essential accessory for vehicle owners out there.