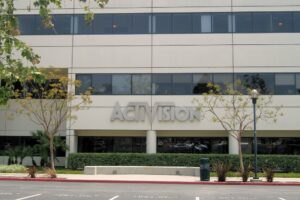 Microsoft is reportedly being dogged by the UK’s Competition and Markets Authority (CMA) over its acquisition of the video game studio, Activision Blizzard. According to the British government regulatory body, it says that it wishes to determine if the deal made between the two household names would create a “substantial lessening of competition, should the deal go through in the country.

The CMA hopes that through its investigation that it can come to a determination come to a decision on whether or not to initiate a probe into the Microsoft and Activision merger. To that end, the Crown has set the date for the public to come forth and submit their content by 20 July.

If you’ve been living under a rock for the last several months, here’s the deal: Back in January, Microsoft announced its plans the acquire Activision Blizzard for a very handsome sum of US$68.7 billion (~RM304 billion). Through the acquisition, the company from Redmond would also gain access to several other well established video game IPs, including Call of Duty, Overwatch, Warcraft, and Diablo, to name a few.

Now, Microsoft had clearly anticipated that its decision to absorb Activision and its IPs wasn’t going to go down well. So, to ensure that it wouldn’t get blindsided or kneecapped by local government watchdogs, just like NVIDIA was with its failed acquisition of ARM in the UK, the software company took the initiative and begun making moves in the US, in order to pacify the powers that be. For a start, it announced a labour neutrality agreement with the Communications Workers of America: the group that has been fighting for workers that recently unionised at Activision’s Raven Software Studio.

On another note, and it is difficult to ascertain if its action were a direct correlation or coincidence, Microsoft supposedly began talks about purchasing Activision shortly after the report of sexual misconduct within the company, posted by the Wall Street Journal, was published.

The post Microsoft Acquisition Of Activision Hits Snag In The UK appeared first on Lowyat.NET.