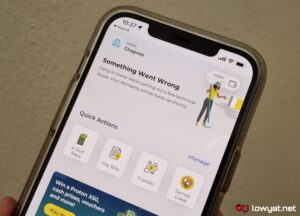 If you are having issues with using the Maybank2u mobile app or the MAE e-wallet, you’re not alone. The bank has just announced on its social media channels that both of these are experiencing intermittent slowness.

Maybank made the announcement about an hour and a half ago at the time of writing on both its Facebook and Twitter accounts. The bank says that it is “working to resolve the matter as soon as possible”, but did not explain the nature of the issue with both the mobile app and the e-wallet. For users who need to make use if its banking services, they are asked to do so via the web instead.

If all this sounds very familiar, that’s probably because you’ve experiences this very same thing before just a few months back. Specifically, we reported on a similar episode on 25 April, when Maybank announced intermittent slowness for its M2U and MAE apps. Though at the time even the Maybank2u website was affected. Another familiar element to this include reports of missing information, as one user reported that while they have managed to log in, their credit card outstanding balance shows up as zero.

Considering the similarities between these two incidents, chances are we can expect the cause to be the same as well. Back in April, Maybank attributed the intermittent slowness to high traffic volume during the day, with things getting better towards the end of the day. And on that note, we can probably expect a similar recovery pattern, with the M2U and MAE apps recovering later in the evening. That being said, there’s also a chance that traffic volumes will continue to climb to the extent that even the Maybank2u website gets affected. While it’s not an option for some, it’s probably better to wait until the day is over before you use these services.