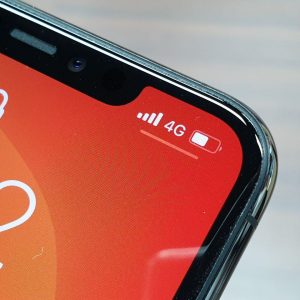 Malaysia’s current mobile broadband speed is currently rated at 40.13Mbps according to the Malaysian Communications and Multimedia Commission (MCMC). The figure was revealed as part of the Q1 2022 report for the Jalinan Digital Negara (JENDELA) that the regulator has presented to media members today.

If you have been following JENDELA’s progress for the past one and half years, then you are likely aware that the figure came from Ookla Speedtest Global Index. Even though the company has since changed its policy by putting a huge emphasis on the median download speed which is said to be closer to real-life experience, MCMC continues to cite the mean figure for the sake of continuity as it has been using mean performance as the benchmark figure since the first JENDELA report.

In general, the Q1 2022 40.13Mbps mean performance is significantly higher than the end of Q1 2021 which was 25.44Mbps. Given the figure, mobile broadband speed is also the first element within JENDELA that has met its objective which was 35Mbps by the end of 2022.

Once you look at the median figures though, it is way lower at 25.87Mbps although it is still much higher than last year’s figure which was 17.71Mbps. Still, we reckoned that local telcos must continue to further improve the mobile experience as we are still noticeably slower than the global median average which currently stands at 29.96Mbps or 73.50Mbps if you consider the global mean figure.

Furthermore, plenty of other countries within Southeast Asia has surpassed us in terms of mobile broadband speed including Brunei, Thailand, Vietnam, the Philippines, and of course, Singapore according to Ookla’s latest data. So, despite meeting JENDELA’s Phase 1 target, it is not yet time for our telcos to feel comfortable about their mobile network performance.