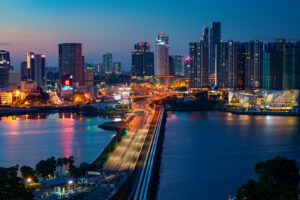 Malaysia and Singapore have announced that they will be fully reopening their borders for land travel between the two countries starting 1 April. This will coincide with Malaysia’s shift to its endemic transition phase, where foreign travellers will once again be allowed to enter the country without having to apply for MyTravelPass.

With the new SOPs, those who are fully vaccinated and travelling between Malaysia and Singapore through the Causeway, as well as the Second Link, will no longer be subjected to quarantine and will not be required to do any pre-departure or on-arrival COVID-19 testing. While those who are travelling by air will no longer have to go through on-arrival tests and quarantine, they still need to perform a professional RTK Antigen test two days before departure.

Those driving to Malaysia from Brunei and Thailand will still need to follow the existing general protocol, which requires pre-departure PCR testing and an on-arrival professional RTK Antigen test. Earlier this month, Health Minister Khairy Jamaluddin said there would be separate protocols for regular land border commuters but as of today, he said that it is still being discussed with the respective countries.

Khairy also said that all land border checkpoints will be operational 24 hours once again instead of the current 18 hours. According to Thailand’s Tourism and Sports Minister Phiphat Ratchakitprakarn, the country expects all Thai-Malaysian checkpoints to reopen by 1 May.