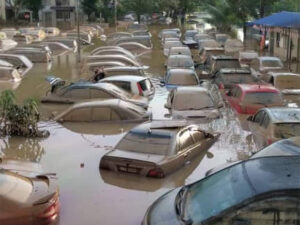 With Malaysians suffering from torrential floods over several states, many individuals and groups have stepped up to either volunteer their time or money to assist victims. One such group includes the local crypto and non-fungible token (NFT) community that started crowdfunding through social media to be distributed to NGOs and animal shelters.

The movement was started by Twitter user @NoFutur3_ who posted his crypto wallet address and asked the crypto community to pool together its funds there, saying that the spending can immediately be monitored. With an initial goal of 3 BNB (~RM6700), the community managed to raise a total of 37.34 BNB (~RM83000) in just two days.

Update:Our team baru selesai membeli& will be sending the supplies to the shelter

As the time of writing, at least 27.55BNB (~RM61000) has been distributed to various organisations and shelters. @NoFutur3_ says that this includes funds distributed to teams on the ground to buy supplies to be given to shelters in need. Local NFT artists are also using the #NFTJagaRakyat hashtag to sell their work and donate the proceeds to the fund.