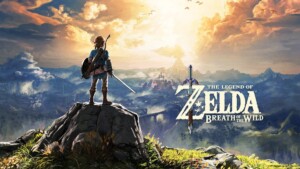 The Legend of Zelda: Breath of the Wild is one of the rare games in the series to get a direct sequel. So fans are very much looking forward to its release, to say the least. Though it looks like that wait just got extended by a year.

Nintendo released a video featuring the producer of the Legend of Zelda series, Eiji Aonuma. In the video, he says that while the sequel to Breath of the Wild was initially supposed to be released in 2022, the team has decided to extend development time “a bit”. Though a bit may be quite the stretch, since the new release window is spring 2023, a full year from now.

“In order to make this game’s experience something special, the entire development team is continuing to work diligently on this game, so please wait a while longer”, he continues. The delay announcement doesn’t reveal anything new.

Fans of the Legend of Zelda: Breath of the Wild will have to wait longer to not only play the sequel, but also find out what it’s actually called. Nintendo itself just refers to it as the sequel to Breath of the Wild, but says that it has a different subtitle.

The post Legend Of Zelda: Breath Of The Wild Sequel Delayed To Spring 2023 appeared first on Lowyat.NET.