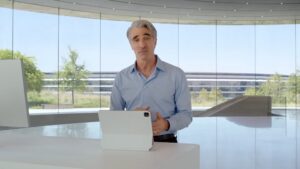 Apple announced back in August that it will be delaying the release of iPadOS 16 by a month. The company is now releasing the new tablet operating system to its iPad users, a month after iOS 16, and alongside iOS 16.1. This update brings to owners of the company’s tablets a number of features, but most notable of them all has got to be Stage Manager.

If you remember, one of the main reasons Apple delayed the release of iPadOS 16 to begin with was to sort out the Stage Manager feature. If you need a refresher, this allows some of the more powerful iPad models to have up to four apps running at a time. This doubles if an iPad running an M1 or M2 chip is connected to an external display. In a beta release of the tablet OS last month, the company enabled the feature on older iPad Pro models running the A12X and A12Z chips. But these won’t be able to run the Stage Manager feature with external displays.

Other features coming to iPad models that are getting iPadOS 16 include desktop-class apps. This allows apps on the Apple tablets to do more than their iPhone counterparts and more in line with a Mac instead. Then there’s the iCloud Shared Photo Library, which allows users to create photo libraries where all participants can add, edit or even remove pictures.

Though not coming as part of this update, Apple promises that another feature called Freeform will be coming “in an update later this year”. Think of this like any other type of collaborative productivity tool, but with a much more flexible canvas to work on. No exact date was provided on when this will be available yet though.

In the meantime, you can read all about what iPadOS 16 brings to iPads by hitting the link below. The update is available for the base iPad models of the 5th generation or later, iPad Air 3 or newer, iPad mini 5 or newer, and all iPad Pro models.