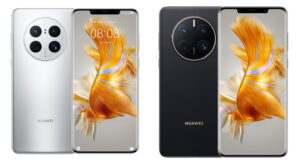 In addition to the new Watch D which features blood pressure measurement and ECG capability, Huawei recently has also announced the arrival of a new variant for its flagship Mate50 Pro Kunlun Glass Edition into our market. This particular option carries a much lower price tag than the initial version that was launched in Malaysia last month.

Instead of 512GB as per the current variant, the second variant of Mate50 Pro Kunlun Glass Edition for Malaysia has been equipped with 256GB internal storage. Other than that, it also comes with two colour options including Vegan Leather Carbon Black and Silver while the Vegan Leather Orange remained exclusive for the 512GB model.

The new variant still carries 8GB of RAM which is a standard across Mate50 Series phones. Being a Kunlun Glass Edition release, the phone has a rather durable screen:

Other parts of the Mate50 Pro Kunlun Glass Edition 256GB is identical to its 512GB counterpart such as Qualcomm Snapdragon 8+ Gen 1 4G processor and 6.7-inch OLED display with 2616 x 1212 resolution and 120Hz refresh rate. The phone also carries a tri-camera system on its back that features a 50MP main camera with a variable aperture rate of f/1.4 to f/4.0 as well as a 13MP ultra-wide f/2.2 camera.

The camera system also comes with a 64MP f/3.5 telephoto camera that has 3.5x optical zoom capability although its zoom range can be maxed out at 200x once you take the phone’s hybrid and digital zoom features into account. Completing its photography tool is a 13MP f/2.4 ultra-wide selfie camera that is also accompanied by a 3D depth sensor.

The IP68-rated phone has also been equipped with a 4,700mAh battery that supports a 66W Huawei SuperCharge wired charger or 50W when charged through its wireless counterpart. When it comes to the price tag, the Mate50 Pro Kunlun Glass 256GB can be obtained for RM4,899 which is RM400 less than the 512GB version.

That being said, the phone’s price tag is RM400 more than its non-Kunlun Glass variant which carries the same hardware and memory specs. The Mate50 Pro Kunlun Glass 256GB will be available at the Huawei Online Store as well as Huawei Experience Stores and retailers across the country starting tomorrow, 10 December onwards.