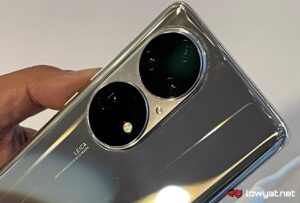 Rumours regarding it have been quite persistent for the past few years but it is only today that Huawei has officially confirmed that its partnership with Leica is already over. This revelation took place just a few hours after Xiaomi and Leica announced their new cooperation while they have also planned to release a new co-engineered product this coming July.

The partnership between the Chinese tech giant and German photography titan has already concluded at the end of March this year according to an e-mail reply from a Huawei representative to Android Authority. The cooperation goes way back to 2016 as both companies first worked together to develop the Huawei P9.

Truth to be told, this does not really come as a surprise to us though. While Xiaomi’s announcement may be the penultimate indicator, we have also noticed that the Leica’s name was already missing from the newly launched Mate Xs 2 foldable phone despite it being the company’s latest flagship-level device.

In addition to that, the photography system on the foldable device is marketed as HUAWEI IMAGE on Huawei Malaysia’s consumer website. That being said, the company continues to utilise Huawei XD and True-Chroma brandings for the photography features within the Mate Xs 2.

With the confirmation by Huawei, this means that the last co-engineered phones that both companies have worked on were the P50 Series. However, this only applies to the standard and Pro models as the P50 Pocket foldable phone didn’t carry the Leica branding.

In case you want to get them for memory’s sake, the P50 Pro has just received a price cut which made it available for RM3,699 instead of its original RM4,199 price tag. On the other hand, the P50 will only be released in Malaysia later this month although you can pre-order it until 26 May for RM2,999 and receive FreeBuds Lipstick earbuds as pre-order freebies.

The post Huawei and Leica Partnership Is Officially Over appeared first on Lowyat.NET.