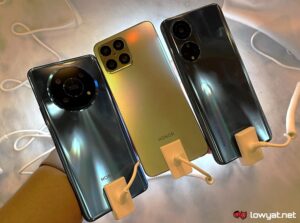 After weeks of teasers, HONOR has officially launched the brand-new X Series in Malaysia. Previously, we were under the impression that the family will carry three different members but at tonight’s launch event, another option has also been included for the Malaysian release.

Specifically, HONOR has added the 4G version of X9 into the mix. While the 5G model is equipped with Qualcomm Snapdragon 695, the 4G option comes with Snapdragon 680 processor instead.

Speaking about the price tag, another member of the HONOR X Series family, the X8 will be made available for RM899. Down the line, there is also the X7 which carries a price tag of RM699.

The rollout of the HONOR X Series in Malaysia begins with the X9 5G and X8 as they are now available for pre-order until 6 April. Pre-order customers of both devices will be provided HONOR CHOICE Earbuds X, 1-year extended warranty and 6-months screen crack protection as well as an additional phone case for those who opt for the X9 5G.