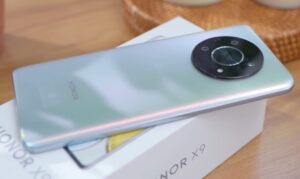 HONOR is scheduled to launch several new products including three new phones as part of the 2022’s HONOR X Series. The company’s Malaysian division has been drumming the support for the event by releasing teasers after teasers for the past few weeks.

Through these teasers, HONOR Malaysia has generally confirmed that the three phones are called X9 5G, X8, and X7. The company has since revealed the specs for each phone on its website.

We have previously discussed how these phones are generally the international variants of several models that have been made available in China last year. In addition to that, the official specs for X8 have been revealed before as the phone has been launched in UAE.

We have also speculated that the international-bound X7 which is based on Play 30 Plus would carry a Qualcomm Snapdragon chip as opposed to MediaTek Dimensity 700. Turns out, our guesses were on point as HONOR Malaysia’s website has listed Snapdragon 680 as the chip for the Malaysian variant.

Interestingly, HONOR has also equipped the phone with a 48MP main camera quad-camera module as opposed to the 13MP dual-camera module on the Play 30 Plus. The X7 also has a slightly higher resolution selfie camera at 8MP.

The rest of its general specifications are similar to what we have listed in our previous report which includes a 6.74-inch HD+ TFT display, 5000mAh battery, support for a 22.5W charger. The Malaysian variant will also feature 4GB of RAM and 128GB internal storage.

When it comes to the X9 5G though, the phone is still a mirror image of the X30 in China based on the specs listed by HONOR Malaysia’s website. The list includes Snapdragon 695, 6.81-inch 120Hz Full HD+ display, 48MP triple-camera module, 16MP selfie camera, 4800mAh battery, and the support for 66W fast charger.

X9 5G will also be provided with 8GB of RAM and 128GB internal storage according to the website. All in all, pricing is the only major thing that is not yet known about these new phones although we expect that to be revealed tomorrow.