HONOR today officially unveiled the Magic Vs which is the follow-up to its first foldable device that the company has just launched earlier this year. This time around, HONOR intends to bring the device to oversea markets including Malaysia.

Just like the original model, the Magic Vs continue to feature an in-folding design just like its predecessor. Nevertheless, HONOR claimed that the new model has a slimmer physique as compared to the original Magic V.

If you compare with the original Magic V which has a thickness of 6.7mm when unfolded, the newly announced Magic Vs is around 0.6mm thinner. In the folded position, the Magic V thickness is around 14.3mm while Magic Vs is much thinner at 12.9mm.

The new model is also slightly lighter at 261g as compared to its predecessor which weighs around 288g to 293g depending on specific variants. HONOR attributes this to the usage of lighter materials in the new device which is between 34% to 62% lighter depending on the areas of the phone.

One such area is the new hinge which also has another factor that made it lighter: a lower number of components. HONOR claimed that the hinge on Magic Vs is durable enough to withstand more than 400,000 folds which is equivalent to 100 folds per day over a period of more than 10 years.

With a Qualcomm Snapdragon 8+ Gen 1 as its brain, the screens on Magic Vs still have the same characteristics as per its predecessor though. On the outside, the device features a 6.45-inch OLED 120Hz display with 2560 x 1080 resolution while on the inside, there is a 7.9-inch 90Hz OLED display with a screen resolution of 2272 x 1984.

For photography, HONOR has opted for a combination of a 54MP Sony IMX800 sensor and f/1.9 lens for the Magic Vs on the main camera together with a 50MP ultra-wide/macro f/2.0 camera and 8MP f/2.4 telephoto camera with 3x optical zoom capability. As a comparison, the original Magic V was equipped with three 50MP cameras on its back but none of them have the telephoto capability.

HONOR has also switched the selfie camera on the Magic Vs to a 16MP f/2.45 camera instead of retaining the 42MP f/2.4 camera from the older Magic V. The new model does have a larger 5000mAh battery instead of the 4750mAh battery on its predecessor while the support for 66W HONOR SuperCharge charger is still present on the Magic Vs. 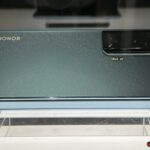 Even though HONOR has confirmed that the Magic Vs will be making its way to Malaysia, its local release date is still a mystery. However, the company did set a general international rollout window for the foldable in the first quarter of 2023.

There is also the Magic Vs Ultimate Edition which has additional support for the Magic Pen stylus, a textured back cover for Phoenix Feather Gold and a gold outline on the camera module for the Glossy Black option. Together with 16GB of RAM and 512GB storage, this particular version also carries a price tag of CNY10,888 (~RM6,959) but since HONOR has not listed the Ultimate Edition on its global website, it is highly possible that this variant could be exclusive to China.