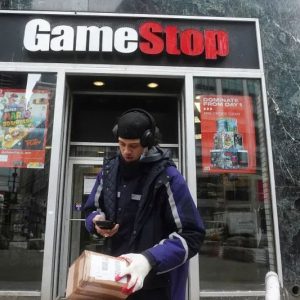 Remember the GameStop share frenzy that occurred at the start of 2021, when a group of amateur stock investors on Redditors turned the tide on Wall Street? Unfortunately, Melvin Capital, one of the hedge fund firms that got caught up in the chaos recently announced that it is tapping out and shutting down.

In a letter sent out to investors, Gabe Plotkin, the founder and chief investor at Melvin Capital Management, said that since the GameStop fallout, his firm had struggled to stay afloat, despite having thrown in everything he had. For now, he decided that the “appropriate next step” was to liquidate the firm’s assets and return the cash to all investors. Before that unfortunate day, Melvin Capital was one of several darlings of Wall Street and had been so for several years, with the firm reporting double-digit gains through all its investments. But again, those golden years all came crashing down in January 2021.

Plotkin, who made the mistake of publicly disclosing his intentions to shortsell GameStop shares, unwittingly became a witness to a scene that can only and aptly be described as nostalgic gamers wreaking vengeance on Melvin Capital. Worst still, he had front-row seats. While several of the Reddit-based retail investors became overnight millionaires, Plotkin and his firm tasted heavy defeat for the first time: the hedge fund posted a 55% loss for that month of January, and that haemorrhaging would only continue.

For the uninitiated, short selling, or “shorting”, is a process where investors and groups make money on stocks by betting on its failure or going belly-up. It’s a bit complicated and we’re not professional investors or financial analyst, but here’s as simple a breakdown as we can give: shorting usually starts with the investor informing their broker about their intentions. From there, the investors can ask (again, as an example) for 100 shares to be lent at US$10 (~RM43.9) per share. Once obtained, the investor then sells those shares at a price of US$1000 (~RM4392) and provides the broker with a date of when they’ll buy back and return the shares. How the investor profits off the shorting process now hinge on the value of a stock in question taking a nosedive; if the stock value were to drop to, say US$1 (~RM4.39) in value, the investor can simply buy back those 100 stocks for just US$100 (~RM439), while retaining the profit of US$900 (~RM3953) it has made.

Getting back to Plotkin, even a cash injection of US$2.75 billion (~RM12.08 billion) and the willingness of investors to chalk up his then recent losses to the Reddit-inspired short-squeeze, Plotkin eventually accepted that even for Melvin Capital, financial recovery was going to be an exceedingly steep uphill struggle, a point which led to his decision to wind up his company. “I have worked tirelessly for 20 years to try to be the best I could be and to build and lead an exceptional team of professionals,” Plotkin wrote. “I am grateful for the trust that you have placed in me and our team.”