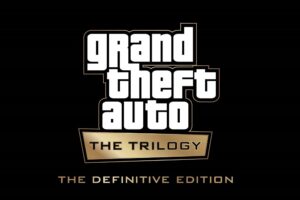 The GTA Trilogy Remaster, or the Definitive Edition as Rockstar Games calls it, has had quite the history behind it. But for the most part, the trilogy remaster has been confined to the company’s own Rockstar Launcher. For those who held out because you want all your games in one, it’s finally happening, kind of. Because the trilogy remaster is now available on Steam, sort of. The uncertain language here is deliberate, which I will explain why in a bit.

Rockstar Games announced that beyond the GTA Trilogy Remaster just appearing on Steam, the games in the set are also playable on Steam Deck. Then there are more minor things like achievements being in place. Conveniently, Steam also has a Rockstar Games Publisher Sale going on currently. This means that you can get said trilogy remaster at a 50% discount, up until 2 February.

If you prefer the Epic Games Store launcher though, Rockstar says that the GTA Trilogy Remaster will be available there later in the month. No specific dates were given, but given that there are 11 days left, it shouldn’t take too long.

All of the above being said though, it’s pretty hard to ignore the extremely rough start that the GTA Trilogy Remaster had at launch, and that’s probably still an understatement. It remains to be seen the extend of which the issues have been resolved, but I wouldn’t hold my breath for it.

Also, despite being made Steam Deck compatible, the GTA Trilogy Remaster still requires a Rockstar Games Social Club account. And unfortunately, as GameSpot reports, despite buying them on Steam, the games will still have the Rockstar Games Launcher run in the background as you play.

On the flip side, this Rockstar Games Publisher Sale is probably best used to pick up a copy of GTA4 or 5 instead, as well as RDR2 if you’ve never experienced either before. The latter two also comes with the added benefit of an online portion.