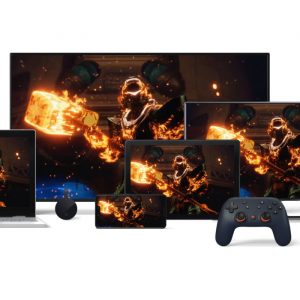 Google Search is testing a new gaming-related feature. If a game is available on a cloud gaming platform, the company will accompany searches for said game with a Play button for some individuals. This is probably meant to imitate the experience with videos, where if a video is available on YouTube, for instance, you can play said video straight from the search results page.

This new addition was first spotted by Bryant Chappel of The Nerf Report, who has also shared a clip of the feature in action. Like videos and YouTube, Google is adding the Play button for other cloud gaming platforms beyond its own Stadia. So if a game is also available on Amazon Luna, Xbox Cloud Gaming or Nvidia GeForce Now, the search result will show these platforms on the right side, each with their own Play button.

It looks like the Google search engine has a new update for cloud gaming platforms!!!

When searching for a game players can now launch a game directly from the search results utilizing @GoogleStadia. pic.twitter.com/xblOsBpF6O

The idea behind this implementation is, if one would hazard a guess, to provide as seamless a transition as possible between search and play. Naturally, you’ll have to be signed in to whichever streaming service you hit Play for, or the goal of seamlessness will be spoilt by the login page.

There are other snags as well. As 9to5Google reports, mobile and desktop searches can sometimes yield different results. The example provided being Destiny 2, a search on PC shows Play buttons for Google Stadia and Nvidia GeForce Now, but a mobile search only shows the former.

With cloud gaming being gaining more and more traction, for better or worse, this new Google Search feature was just a matter of time. In fact, it may be a little surprising that the internet search company took this long between launching Stadia and implementing this. Though one thing is pretty much for certain, is that none of this will appear locally, since none of the aforementioned game streaming services are available here.