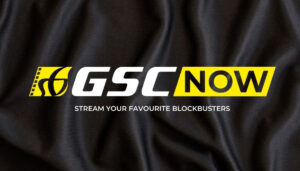 Golden Screen Cinemas (GSC) is looking to debut its own streaming service and app known as GSC Now. Thanks to our friends over at Amanz, it’s been discovered that the cinema operator has put up a placeholder page for the platform on its website, which also provides some information regarding the upcoming service.

According to the included teaser image in the page, GSC’s new platform will be available on smart devices, offering users with “world-class blockbusters” and “limitless entertainment.” Also revealed is that GSC Now is a collaborative effort between the cinema operator and local streaming service GetPlay by LIFE* owner Mbits Digital Sdn Bhd. However, that’s pretty much all of the information regarding the service that was made available via the page.

Interestingly, a “GSC Now” tab can be found when accessing the Showtime menu in the GetPlay mobile app. Under the tab is a list of rentable movies, including titles such as The Zookeeper’s Wife, CZ12, The Last Witch Hunter, and KungFu Yoga. Naturally, users are required to register an account if they wish to view or rent content available on the service. It is unclear whether this would represent the finalised version of GSC’s own streaming platform.

If the GetPlay app is of any indication, there’s a chance that GSC Now may also adopt a similar approach to it. Instead of your run-of-the-mill subscription, viewing or renting a film through MBits Digital’s streaming service will require users to spend in-app currency known as “tickets”, which users can purchase in a bundle of ten for RM10. For example, films such as The Last Witch Hunter will cost two tickets to rent. Of course, this is merely speculation and it is possible that the GSC’s own platform could work differently.

Seeing that the cinema operator has hinted that its GSC Now service and app is expected to be “coming soon,” it probably won’t be long until an official announcement is made. As usual, we’ll keep you posted when the time comes.