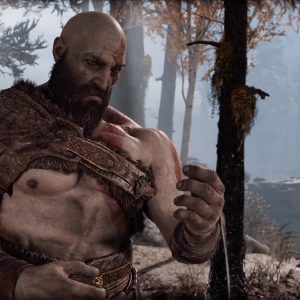 God of War Ragnarok does not yet have a release date. And Sony Interactive Entertainment will likely not announce it until after the release of fellow exclusive Horizon Forbidden West. But a Twitter account going by  PlayStation Game Size may have the release date, or at least a possible placeholder.

The tweet says that according to the PlayStation Database, God of War Ragnarok will have a release date of 30 September 2022. Of course, it’s possible that the date is a placeholder, but still suggests that the game will be released within the third quarter of the year. It makes a fair degree of sense that Sony Interactive Entertainment would be “placing the budget on the books” in its fiscal calendar, as another reply to the tweet mentions.

Though in argument of the 30 September date being the actual release date, it’s plausible for a number of reasons. One is because it’s a Friday, and it’s not uncommon for game releases to capitalise on the weekend. And even if it’s not on the day itself, September makes sense because SIE already has the aforementioned Horizon Forbidden West coming out in February, and Gran Turismo 7 for March.

God of War Ragnarok is not the only game that’s still awaiting a release date. Just yesterday, Square Enix announced a delay to its scheduled detail dump on Final Fantasy XVI. The detail dump is now scheduled for spring of next year, which would likely be when the publisher will announce a release date for the game.

The post God Of War Ragnarok May Have A Release Date Of 30 September 2022 appeared first on Lowyat.NET.