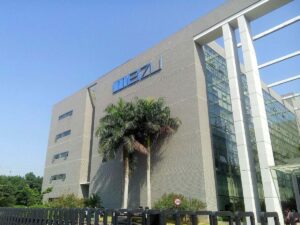 Smartphone makers such as Apple, Samsung, and Xiaomi may be competing with a new and unexpected competitor, a new rumour suggests. According to Chinese website 36Kr (via GSMArena), China’s automotive giant Geely is planning to enter the market in the near future, with the acquisition of local tech brand Meizu as one of its first steps.

A Reuters report published in September last year previously noted that Geely has been eyeing the mobile phone market for some time, and had even created a separate entity known as Hubei Xingji Shidai Technology to handle operations dedicated to it. The new venture’s headquarters will be based in the central city of Wuhan, where it will develop the new smart devices. In addition, Reuters says that the Chinese car manufacturer had invested CNY10 billion in the new company and also hired several key executives that were formerly from ZTE, OPPO, and Xiaomi.

On top of its plan to acquire Meizu, Geely is also reportedly seeking a partner to help produce its first-party smartphones – with the likeliest candidate being Taiwanese multinational electronics contract manufacturer Foxconn. Its research and development, on the other hand, is said to be fully handled in-house. 36Kr did not mention whether the giant will market its devices under Meizu’s branding or its own, or introduce a whole new brand altogether. On that note, Geely is expected to launch its first smartphones in 2023.

For the uninitiated, Chinese tech company Meizu has been releasing smartphones since 2003, although its devices are often overshadowed by the more popular brands such as Xiaomi, Huawei or OPPO. Nevertheless, the company does have a decent following from several countries around the world, including Malaysia. Hopefully, Meizu may finally experience its big break under Geely’s wing by capitalising on the giant’s vast resources.