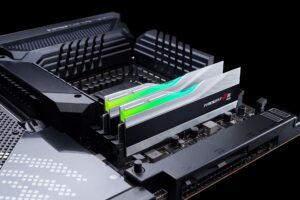 As for availability, G.Skill’s new Trident Z5 RGB series DDR5-6000 memory kit is expected to hit markets globally sometime during the second quarter of this year. Pricing is still unknown, but given its high-performance status, it is safe to say that the new memory kit isn’t going to come cheap.