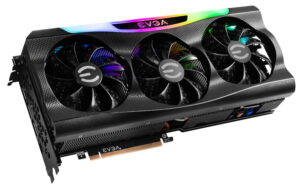 In yet another interesting development for the graphics card market in Malaysia, EVGA has announced price cuts for its GeForce RTX 30 Series lineup in our market. The move does not come as a surprise though after ZOTAC and ASUS have also announced price reductions for their RTX 30 Series cards too.

Furthermore, EVGA’s official distributor in Malaysia, Sun Cycle is also the local distributor for ZOTAC products. Meanwhile, the price reduction that the brand has implemented for the RTX 30 Series cards in Malaysia is quite significant.

It ranges from RM530 for its RTX 3060 XC Gaming V2 and goes as high as RM2,130 for the top-of-the-range RTX 3090 RTW3 Ultra Gaming model. We have compiled them into the table below for easy reference:

However, EVGA’s starting price for their RTX 30 Series cards are still much higher than ZOTAC and ASUS. This is with the exception of the RTX 3070 though as it is equal to the starting price that was set by ZOTAC at RM2,999 which is just RM1 less than ASUS.

You can check out the differences in the table below:

Meanwhile, EVGA RTX 3050 cards did not make their way into the revised price list though. While the RTX 3050 XC Gaming is listed inside Sun Cycle’s catalogue, the listing did not mention any price tag which may explain why it is missing from the price list.

While the news of GeForce RTX 30 Series price drop in Malaysia is great for PC users in general, stocks availability could be a problem though as the global chip shortage is still at large. For more information regarding the in-store availability of these EVGA RTX 30 Series cards, you may want to reach out directly to the stores that Sun Cycle has listed here.