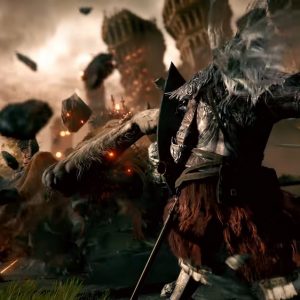 It’s been nearly a week since it was discovered that hackers can send Elden Ring players on PC into infinite death loops. Publisher Bandai Namco has announced that it has issued a patch that fixes this, as well as a few other bugs.

The line from the patch notes reads as follows: Fixed a bug in multiplayer that allowed players to teleport others to incorrect map coordinates. Which sounds about right, as the hack involves making players respawn at a place where they immediately fall to their deaths, rather than in the safety of the nearest Site of Grace.

In addition to the death loop bug, other items being fixed include one that prevented progress in the Nepheli Loux questline. Then there’s the one that caused Ashes of War, Endure to not take effect, and another that causes players to die just from trying to descend from a spot near Bestial Sanctum.

Overall, if you like PvP in Elden Ring, then it’s probably safe to re-enable invasions on PC. That being said, if you’ve already developed the habit of raking regular backups of your save file, it’s probably a good idea to keep on doing that. You’ll never know when you’ll be saved by the habit.